An adult beverage all the way, there’s something about sipping a Pumpkin Beer Float that brings a smile to the kid in all of us … ages 21-and-over, of course.

Cool, creamy, and full of the flavors of fall familiar to many of us, first-year Tri-C Culinary Arts Student Wendy Ginter’s Pumpkin Beer Float recipe earned a well-deserved spot in this year’s Pierre’s Ice Cream Challenge finals round at the Cuyahoga Community College Center for Hospitality Management and Culinary Arts.

“Really, it was inspired by just thinking about the flavors of fall and how people go crazy for pumpkin anything,” Ginter said. “I have a personal favorite beer that’s made with pumpkin and thought of putting both (the beer and ice cream) together.”

The spices and bitterness of Ginter’s original beer of choice did not pair well with her chosen flavor, Pierre’s Pumpkin Pie Premium Ice Cream. Instead, she turned to another favorite beer, Guinness. The famous stout’s creaminess and mellow flavor was an ideal match and allowed all the other flavors in the recipe to play their part.

One of the most delicious components of the recipe is her homemade pumpkin-spice syrup. The syrup is made simply by heating water, sugar and brown sugar into a saucepan over medium heat until thickened. Spices are added to taste. After cooling in the refrigerator, the syrup is then used to coat the inside of the beer glass. It’s also used to form the base of the recipe’s heavenly, crusty-sweet, cinnamon-sugar coated rim.

In developing the floats, Ginter found a way to smooth out the beer’s bitterness and prevent over-foaming when pouring over the ice cream. 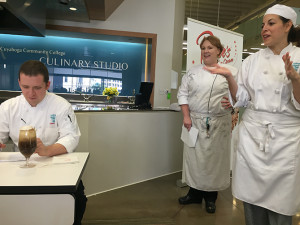 “You pour the beer into a separate glass and take a tiny amount of ice cream, less than a half a scoop, and put it in with the Guinness. Let it react for 3-5 minutes, skim off the excess foam and then pour it over the ice cream in the float glass.”

In addition to Ginter’s fondness for a fine pumpkin-spice beer, she enjoys baking, particularly cakes and cupcakes. She’s currently studying to earn her certificate in baking.

“After school, I want to start my own business centered on baking and cupcakes, while working full time in an established bakery.”

Place the water, sugar and brown sugar into a saucepan on a medium high heat until the mixture is thickened into a syrup. Remove the syrup from the heat and add your spices and stir them in until combined. Place your syrup into the refrigerator until ready for serving.

Using a frosted mug, swirl the syrup around the sides and the bottom. Then turn the mug over into the syrup slightly covering the rim, and then dipping the edge into cinnamon sugar.

Pour the beer into a separate glass and take a tiny amount of ice cream, less than a half a scoop, and put it in with the Guinness. Let it sit for 3-5 minutes and skim off excess foam.

Place one large scoop of Pierre’s Pumpkin Pie Ice Cream into each mug and pour the Guinness over the top. Place whipped topping on top of each mug, sprinkle with cinnamon sugar and serve. 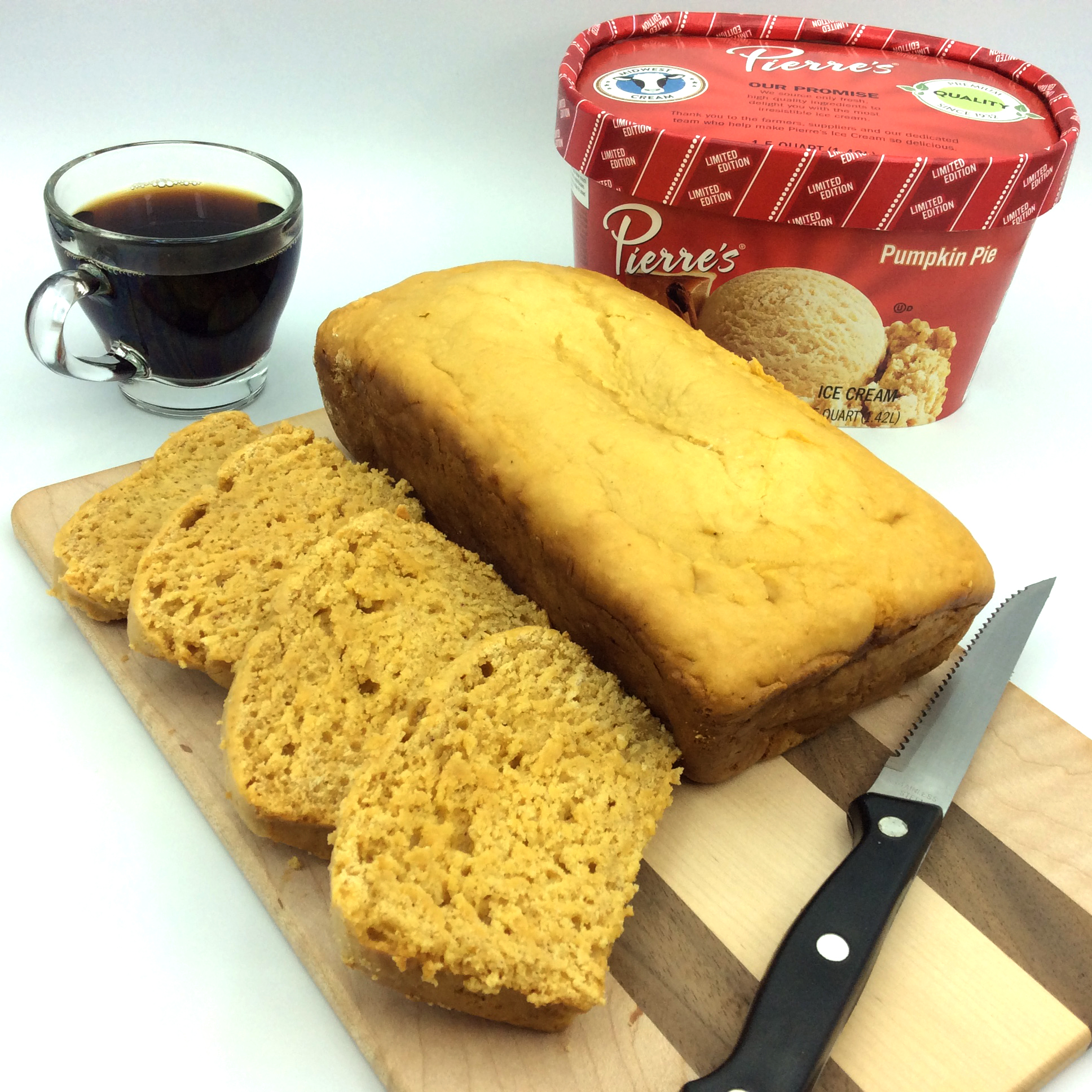 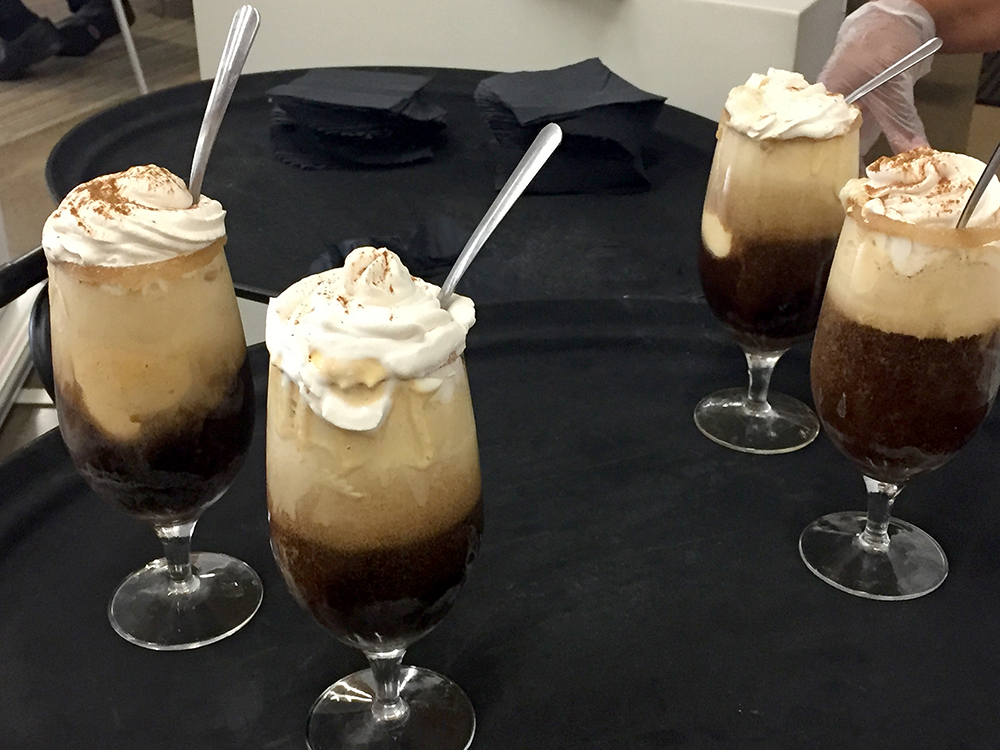 A Round of Pumpkin Beer Floats, Please