Under the direction of Chef Maureen Leonard, Tri-C Culinary Arts students were invited to create an original dessert or drink recipe using any Pierre’s Ice Cream frozen treat or ice cream flavor of their choice. The challenge was to create a unique, simple dessert that could be recreated at home. 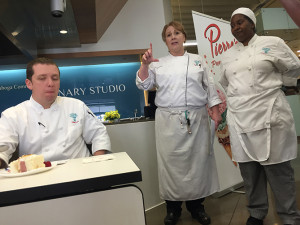 Here is the Yulanda’s winning recipe: 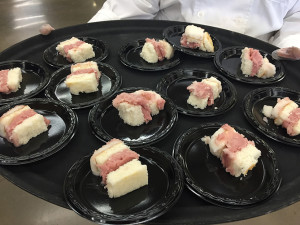 Prepare cake mix as directed. Cut cake crosswise into two equal sections. On a serving platter place one slice of cake and spread the lemon sorbet even over the cake. Place another layer of cake on top of the sorbet and press down. Next, spread raspberry sorbet over the cake. Wrap with plastic wrap and freeze for at least two hours.

Whip the cream with the powdered sugar, lime zest, and lime juice, to stiff peaks. Remove the cake from the freezer and top with whipped cream. Slice one inch servings, plate and garnish with fresh raspberries. 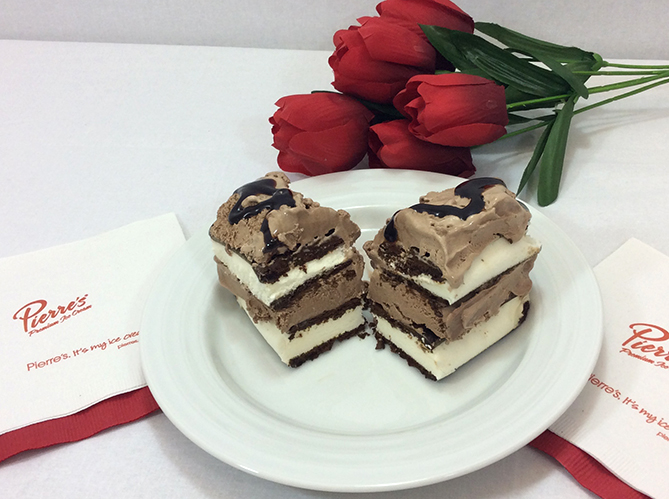 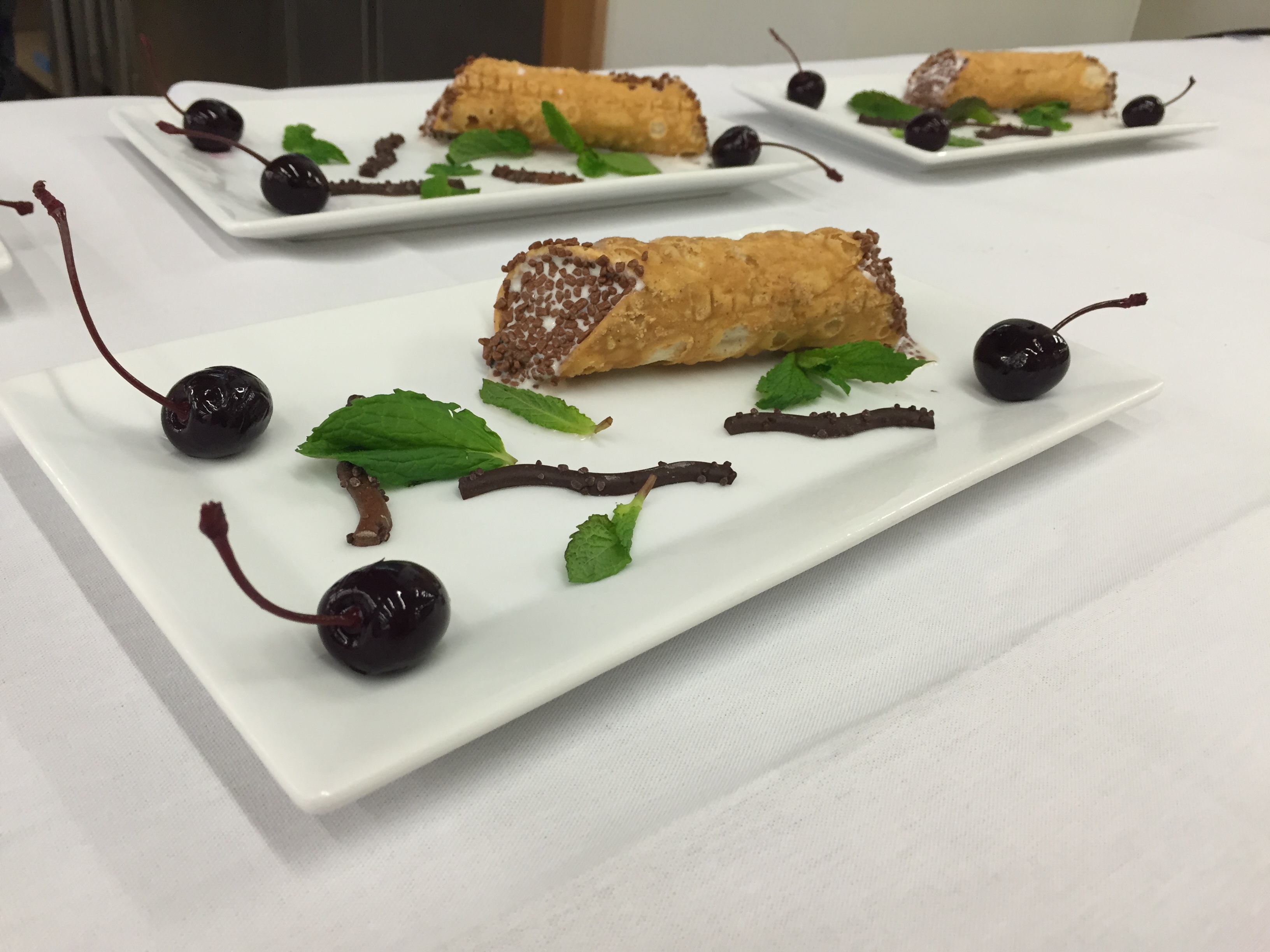